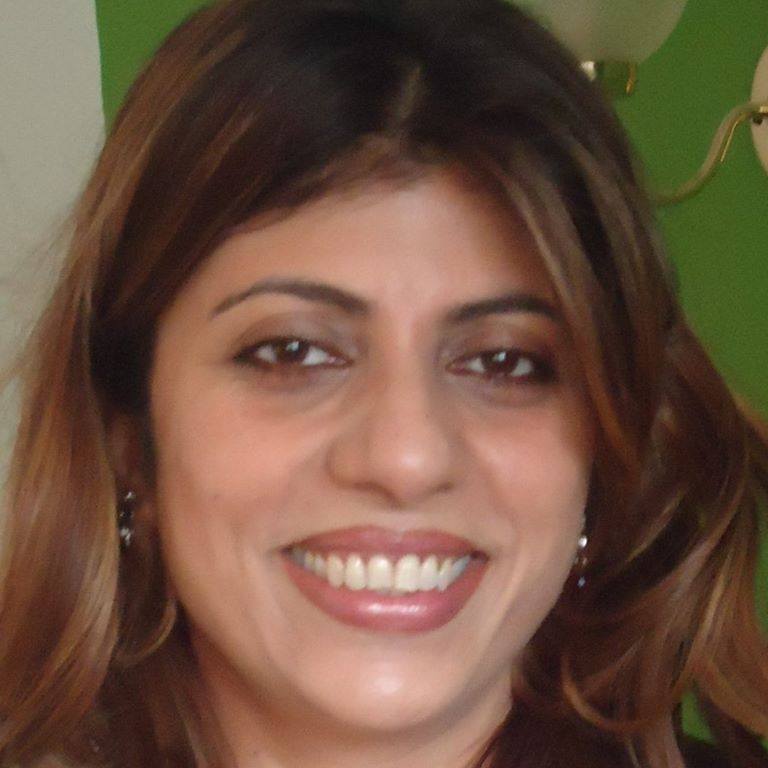 I was born in India, where hair and skin thrive on natural ingredients..I've now come a full circle! I knew from a very young age, that when I grew up, I wanted to be a HAIR ARTIST. Being of Indian Origin, a career in Hairdressing, wasn't exactly valued or approved (especially for girls), when I graduated with a First Class Degree, in Economics and Sociology, from the University of Bombay(now called 'Mumbai').

Determined to follow my passion, the need to raise funds for the hairdressing training, led me into taking up a job as a Flight Attendant" in a middle Eastern international airline. Being a 'peoples person', I thoroughly enjoyed it as I traveled the world and had the opportunity to be internationally exposed to a variety of people and different cultures. Having raised the funds needed for my hairdressing training, I, very proudly, stepped into the beautiful world of hairdressing, over 2 decades ago and have never looked back. I opened my first hairdressing salon in Mumbai, and nurtured its growth, by expanding into skin care, a training school for budding hairdressers and make up artists, and even had a tattoo studio within the salon. And then, a few years later, we decided to move.

My decision to move to the U.K., 8 years ago, led me to close my salon in India, as it wouldn't be possible to oversee the day to day operations from a different country. Moving to the U.K. at the peak of recession (2009, when jobs were a scarcity), with my 2 daughters, then aged 1 and 4,the need to create work for myself and still determined to follow my passion, drove me into opening my hairdressing salon in Oxford, six months within my move,(a very bold step indeed!), which I built from scratch into a successful salon.

It was during those years, that I was enlightened to the fact, that our skin, being the largest organ in our bodies, absorbed almost 60 percent of products put into it, thus directing it into our blood stream. That being said, undoubtedly, I was responsible for putting my own health and my client's health and well being at risk. I realized, that, we are responsible for what we put into our hair and scalp,what we breathe into, what we put down the sink, which goes into the sea and the environment as a whole. I underwent a reinvention and remodeled my practices, moved to London, and worked in high end Organic Hair salons, in London and Cotswold, where I trained extensively and mastered the knowledge and benefits of Organic hairdressing. It was then that I realized the need for an Organic Salon locally, and early this year, I opened my Organic Hair Salon, which is one of its kind, and the first to offer the purest form of Organic range within the Oxford shire area.

Caring for the planet, and thinking holistically, my intentions are to offer and deliver the cleanest and safest possible options for hair and skin, with professional performance.